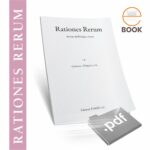 The southern region of Euboea, dominated by its main center of Karystos and including the ancient sanctuary of Poseidon in Geraistos, has always stood out, as a result of ethnic, geomorphological and climatic factors, for a greater proximity to the Cycladic world rather than to the mainland and the rest of the island. In the 6th and 5th centuries BC, even its political situation seems to experience the consequences of this peculiar diversity: reluctantly forced to submit to the Persians, it was severely punished by Themistocles and constrained to join the Athenian league. The impossibility of avoiding relations with a powerful neighbor creates a fluctuating relationship played out between necessary compromises and the desire to maintain autonomy. The possibility of a cleruchic installation on its territory has long been the subject of debate; the historical and epigraphic sources remain vague, while archaeological evidence does not seem to provide convincing answers. Perhaps some alternative explanation is possible.