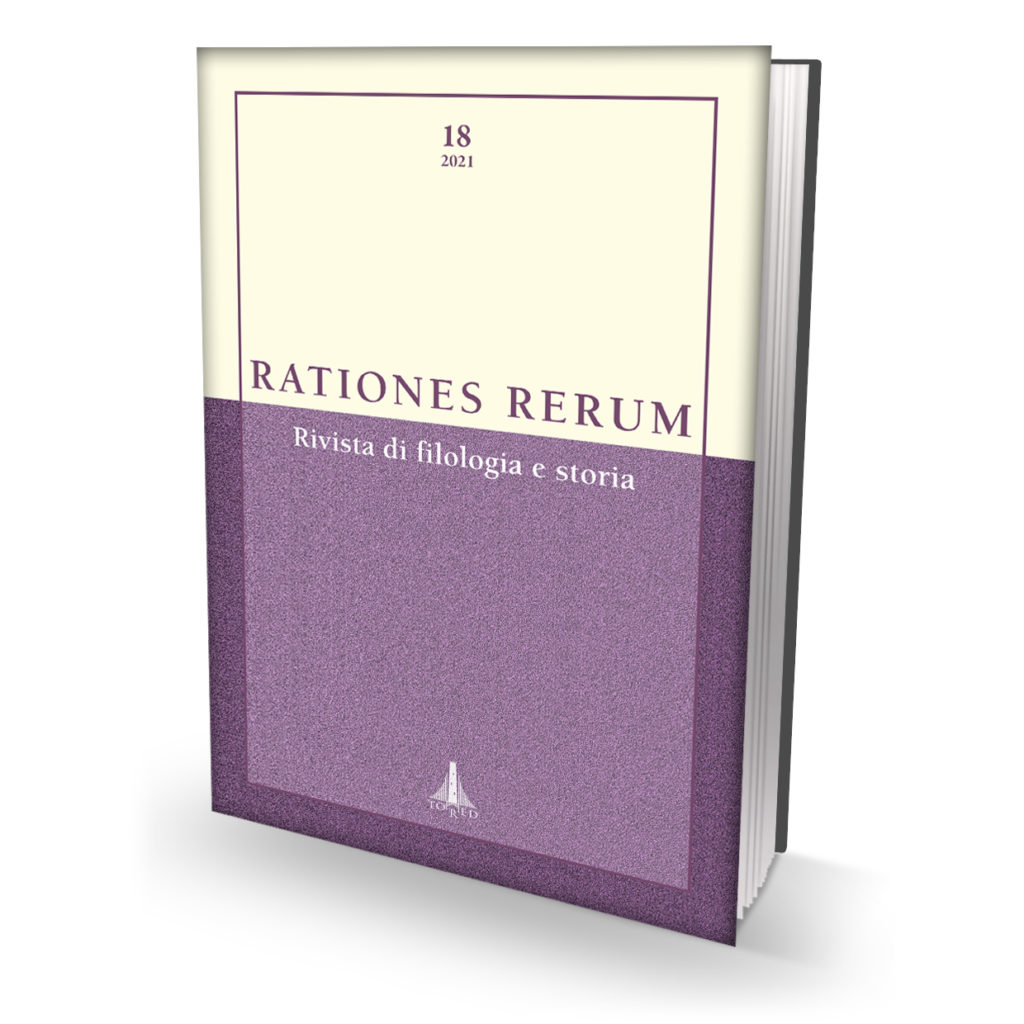 Giovanni Marginesu
Informazione, comunicazione ed erga nella Grecia classica. alcune note epigrafiche
pp. 9-25
By examining the classical inscriptions from Athens, Delphi, Epidaurus, and Delos, as well as other sources related to ancient buildings, the paper aims to study the sanctuar y and other building-related sites as a central space for the transmission of information and the development of communication strategies. The paper examines three issues. The first is the production of bureaucratic, architectural, and technical drawings, such as the letters from the functionaries and the graphic and three-dimensional models created by architects. The second concerns the development of strategies for material supply and the recruitment of craftsmen. The third discusses the exploitation of sacred space: during its construction, the shrine site may be exposed to ver y strong use (and abuse) by political propaganda.

Maria Barbara Savo
Fanodemo, Licurgo e la storia ateniese del V secolo a.C.
pp. 27-51
The fragments of Phanodemos’ Atthis outline a work concerned above all with antiquarian data, aimed at exalting the mythical past of Athens and only apparently uninterested in the issues of pragmatic history. However, three fragments (transmitted by Plutarch) have sur vived, in which there is direct reference to g lorious moments in the history of 5th-centur y Athens. These passages have a common denominator: Cimon, an Aeacid hero, who by his sole presence saves the Athenians from the Persian threat. Such emphasized panhellenic role of Cimon made him a perfect predecessor of Alexander the Great, who was also of Aeacid lineage, thanks to his maternal ancestry, and highlights a possible link between Callisthenes, the greatest proponent of the reductio ad Graecos of the entire Macedonian history, and Phanodemos, writer and collaborator of Lykourgos of Boutadai.

Alessandra Inglese
Prassi e cultura epigrafica ad Arkesine di Amorgos: provvedimenti per la pubblicazione dei decreti onorari per cittadini e stranieri
pp. 53-75
The article continues the analysis of the public inscriptions of Arkesine of Amorgos (Cyclades) and tries to verify whether a relationship exists between the honors bestowed on citizens and foreigners and the places of publication and archiving of the texts concerning them. The comparison with the formulas used in these documents allows us to add a fragmentary decree to the corpus of inscriptions concerning the city festival of Athena Itonia.

Ronald T. Ridley
Furius Camillus and historical method
pp. 77-97
Marcus Furius Camillus is the first fully formed figure in the history of the Roman Republic, yet he lived in a period regarded by many modern Roman historians as more mythical than historical. Historical method is vital for attempting to recover the historical Camillus, yet it is seldom spelled out or applied. Here such method is applied first to basic elements, then the most famous episodes, of his life. Much cannot resist critical analysis, but much surprisingly survives, despite the persistence of old hypercritical attitudes. The historian’s fundamental task here is to discriminate.

Virgilio Costa
Su un frammento di Filocoro (FGrHist 328 T186) di difficile interpretazione
pp. 99-114
The article examines a very concise passage of Philochoros, handed down by Photius, about the “Alcyonian days” – the short period, at the beginning of the winter season, in which, according to the ancients, the sky and the sea calmed down – and formulates a hypothesis about the original context of the fragment.

Emiliano Arena
Due nuove epigrafi funerarie da Messana tardo-ellenistica: donne mamertine nella tomba a camera di Largo Avignone
pp. 115-149
The chamber tomb of “Largo Avignone”, in the southern necropolis of Messana, has given back two of the three Greek funerary inscriptions of Hellenistic date found so far in the necropolis of the ancient city. Both are inscribed on lekanai used as cinerary, concern two women, Νοϋία Ὀππία and Πακύα Ποντία, and probably date, respectively, to the last decades of the 3rd and to first half of the 2nd century BC. The use of the praenomen and the gentilicium proves the Italic origin and the ancestry of both women from the Mamertini, the former Agatokles’ mercenaries of Campanian and Samnite origin, who in 288 B.C. took over Messana and transformed it into an Oscan community. If the epitaph of Πακύα is significant, due to a peculiar Greek remodeling of the Oscan praenomen (to be understood as Latin Paquia/Pacuvia), that of Νοϋία 1) represents one of the oldest known documents (other than coinage) pertaining to the Mamertine component of the city and recording the use of Greek; 2) is coeval to the last public Oscan inscriptions of Messana written in Greek alphabet; 3) testifies to the transition from the use of Oscan language to that of Greek by the Mamertini.

Federico Frasson
Traiano e i dona militaria per le expeditiones Dacicae
pp. 151-179
The inscriptions not only confirm the great liberality with which Trajan bestowed dona militaria for the Dacian wars on officers and soldiers from Italy, but also show that these rewards affected individuals of very different statuses, albeit in different ways related to their rank. They also provide important information on the career of the senators, who constituted Trajan’s high command in Dacia, and shed light on the cursus of the equites, the non-commissioned officers, and the common soldiers, who often, also thanks to the prestige derived from the dona, were able to obtain important positions once they returned home. With due caution, it is also possible to hypothesize the theaters of battle in which the officers and decorated soldiers operated during the Dacian wars. Moreover, some of the inscriptions examined prove that units of the Praetorian cohorts took part in Trajan’s military operations in Dacia.

Fabio Stok
Guarino Veronese lessicografo
pp. 203-227
Guarino Veronese’ Vocabula are one of the first modern attempts to provide a Latin vocabulary based on the classical authors. Guarino initially worked on Servius’ commentary on the Aeneid, then he extended his research on other authors. The article offers a recensio of the manuscripts of Guarino’s work and a specimen of the words beginning with the letter A.